Primošten is one of the most popular tourist resorts in Dalmatia and ranks among the most picturesque small towns on the Adriatic coast. It is located only 27 km south of Šibenik and about 33 km north of the town of Trogir, so halfway between these 2 UNESCO cities. The old part of town lies on a small island with a number of typical narrow streets which was in the Middle Ages connected to the mainland by a bridge. The parish church of St. George dominates Primošten and is located on top of the peninsula inside the old town. It was built in the 15th century and was thoroughly reconstructed in 1760. All tourists and guests who climb here have a beautiful panoramic view of the open Adriatic sea and distant islands. The town has preserved its Mediterranean atmosphere and all the characteristics of a medieval Dalmatian fishing village like narrow streets and old stone houses in the old town on the peninsula.

On the second bigger peninsula called Raduča, north of the old city is located Hotel Zora with a sports complex and a dense pine forest which is ideal for families with small children where they can find a lot of shade during hot summer days. Around Raduča peninsula is almost 2 km of beautiful pebbles beach with the crystal clear Adriatic sea. It is ideal for families because it is never too crowded and you can rent deck chairs and sun umbrellas and spend a relaxing day on the beach. The largest beach in Primošten called Velika Raduča and neighboring beach, Mala Raduča, has been named one of the 10 most beautiful beaches in Croatia. Here you have numerous possibilities for sport and recreation: tennis, table tennis, bowling, beach volleyball, sailing, and diving.

Gastronomy offer is large and you can choose from almost 50 restaurants and taverns where you can find Dalmatian specialties or famous Primošten red wine Babić. During the summer months and tourist season in Primošten are held a variety of events such as the Customs of Primošten, fishing night and folklore evenings.

Primošten has stable, dry, sunny and beautiful weather during the summer (June, July, August, and September). The average temperature of air in the summer in Primosten is 26 to 30 °C, with more than 2700 hours of sunshine a year. The temperature of the Adriatic sea is from 22 to 25 °C during all summer until October.

Welcome to Primošten, the town of beaches and jewel of Dalmatia and Adriatic sea!

Apartments Villa Maria are located in the center of Primošten, 50 - 100 meters away from beautiful beaches (Mala Raduča). On the top of the house is a large terrace, which all guests can use and has a spectacular panoramic view of Primošten, beaches, and the Adriatic sea.

Your ideal vacation in Primosten awaits you in Apartments Villa Maria!

In center of Primošten

Parking assured for all cars

Tourist guide - What to do in Primošten? 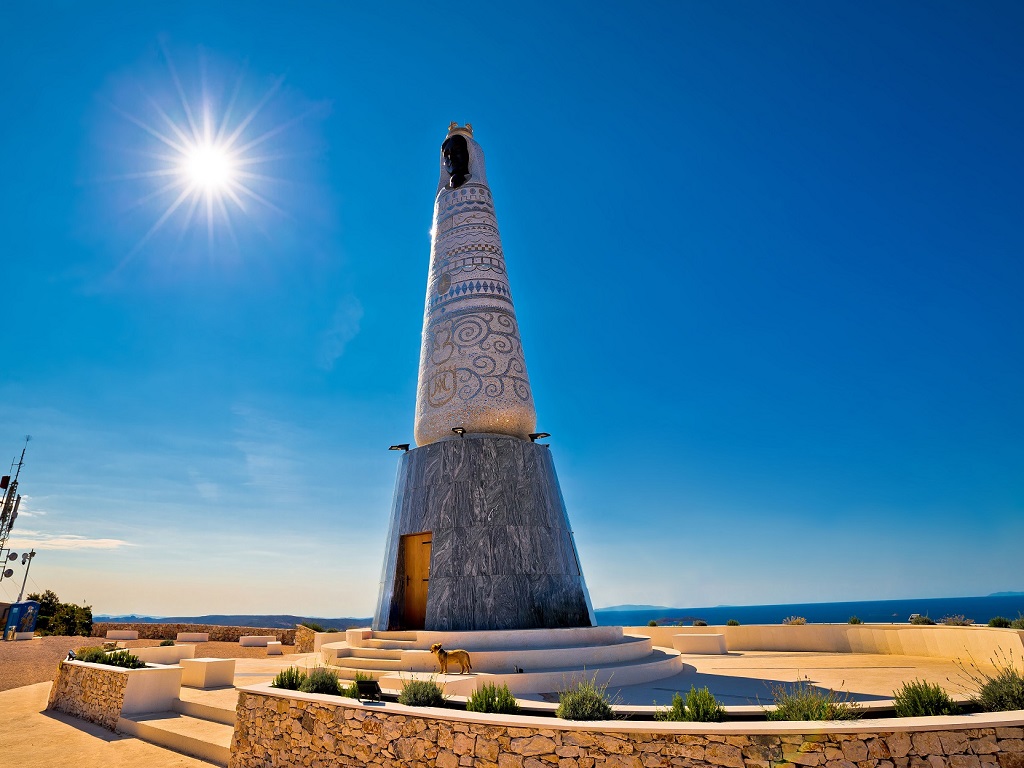 The statue of Our Lady of Loreto is 17 meters high and is located on top of 170 meters high hill Gaj from where is spectacular view on Primošten, blue Adriatic sea, numerous islands, Šibenik, Rogoznica... It is a magical place especially in the late afternoon watching the sun going down in the Adriatic sea in a spectacle of colors... 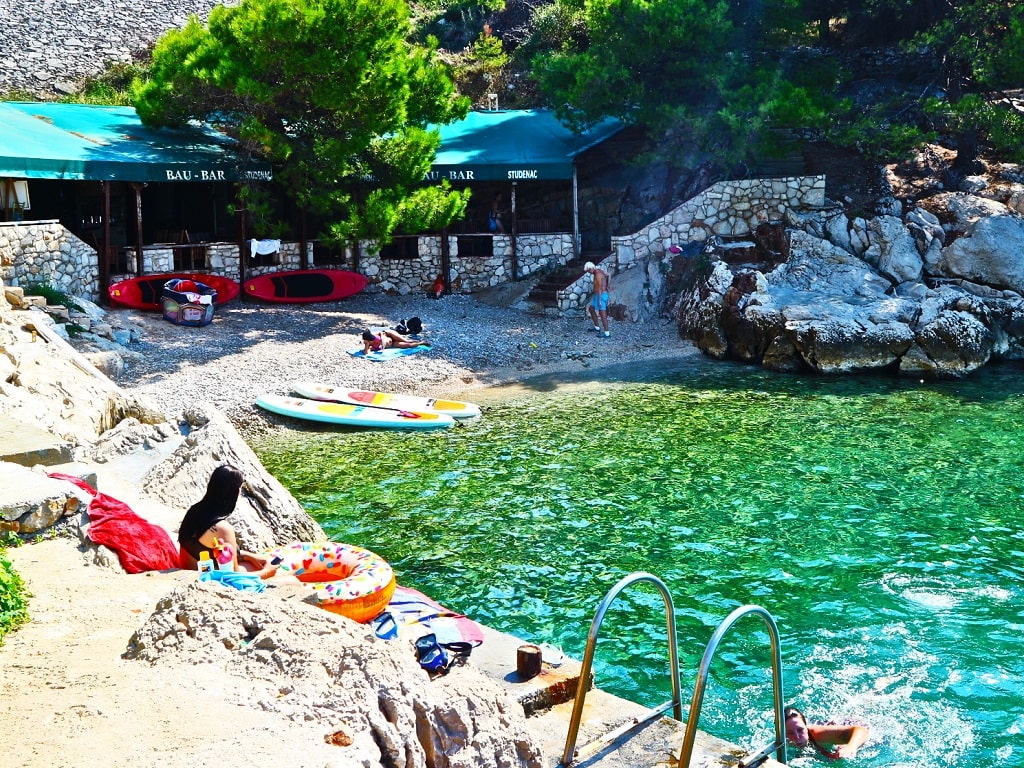 Beach bar Bau bar is a hidden treasure of Primošten. It is located in the small bay, 300 meters from beach Raduča Velika and it is only possible to come walking on the beautiful stone path. Here you can relax and chill drinking coffee or cocktail and listen to the sound of waves. In front is a beautiful small pebble beach... 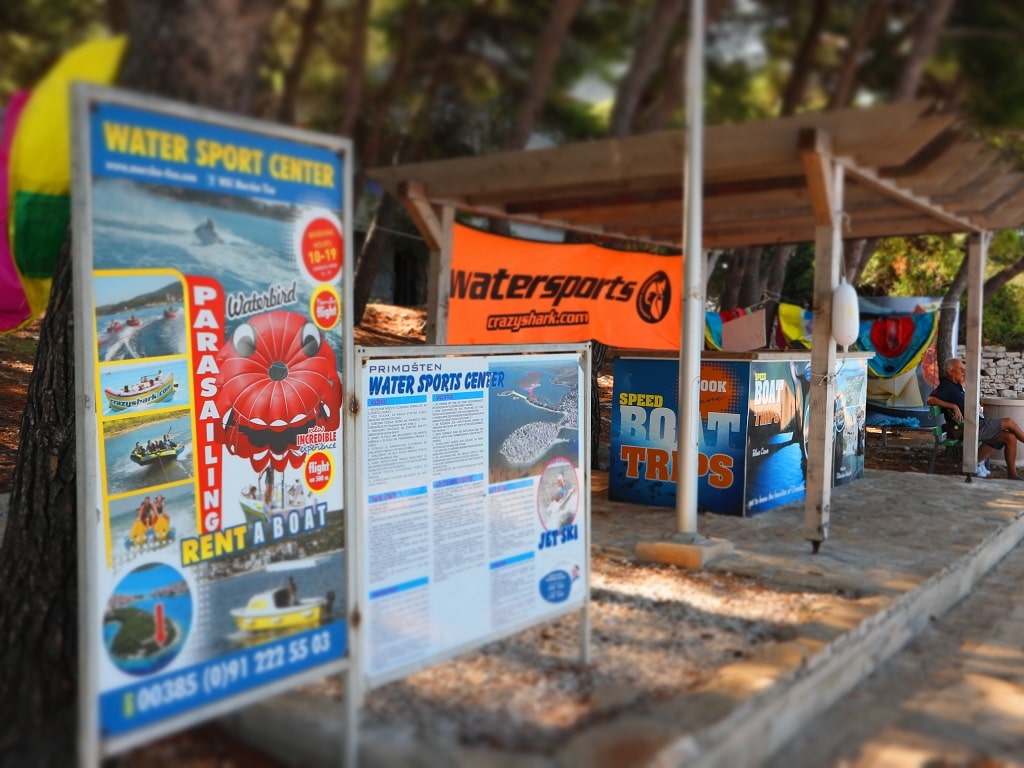 If you are looking for some adrenaline, Water Sports Center Primošten is the right place for you. Here you can try many water sports like jet ski, parasailing, banana and tube rides. You can also take a trip to distant islands with a fast boat and visit attractions like Blue cave. Fun and adrenaline rush is guaranteed...

Primošten - town of beaches and harmony of sun, sea and stone!

Excursions and daily trips from Primošten 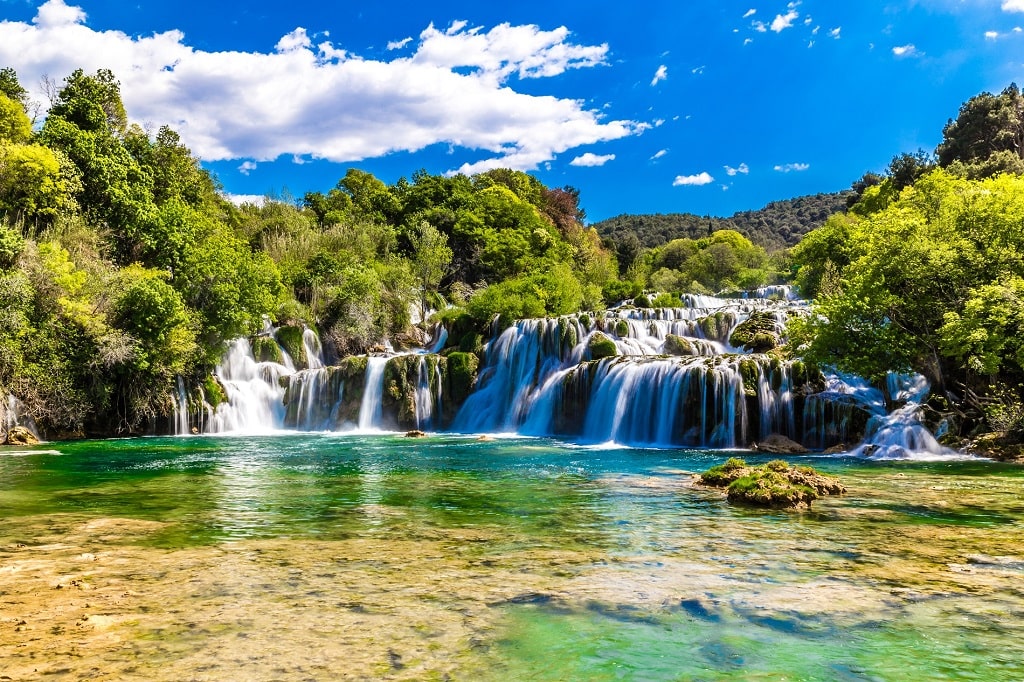 Virgin pure karst river with numerous magical waterfalls and beautiful canyons. It is extremely rich in endemic flora and fauna, with 222 species of birds. Here is allowed to swim, so bring your swimsuits and towels and refresh in the crystal clear river Krka... 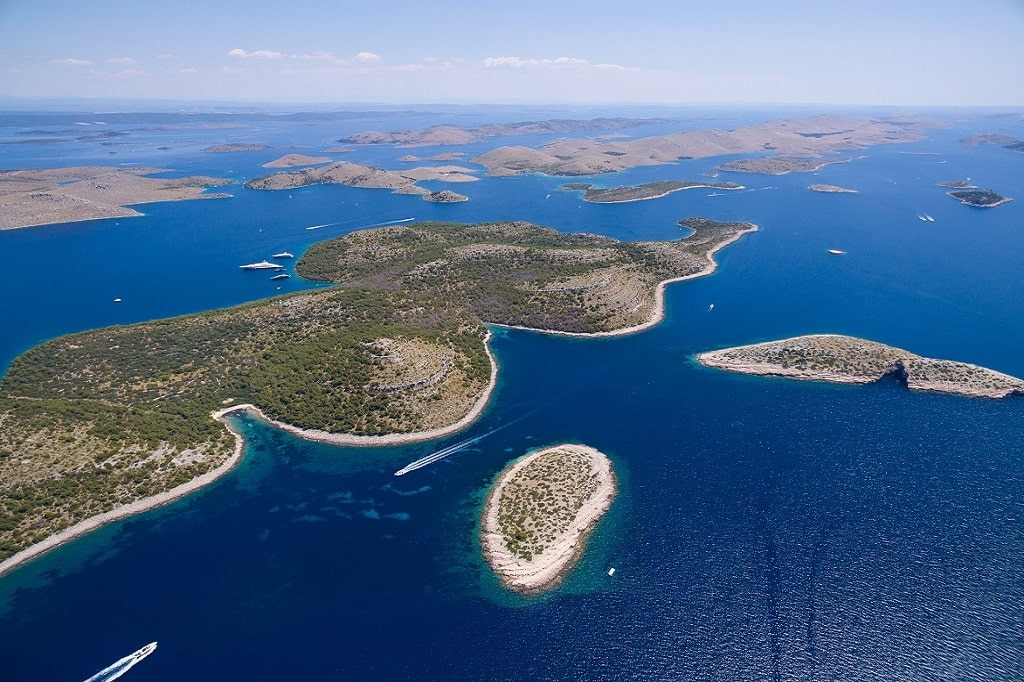 consists of as many as 89 islands, islets and reefs with a total area of ​​220 km2. 1980, the entire area was declared a national park due to the exceptional natural beauty and richness of the underwater world and the diversity of fish species... 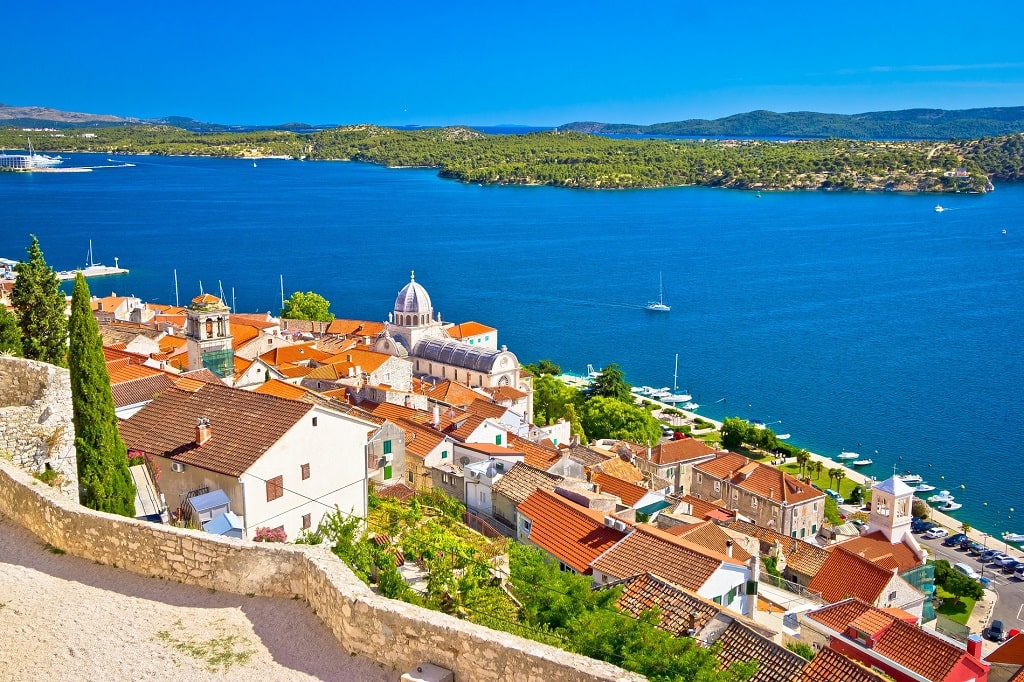 Šibenik is a historic town in central Dalmatia and is the oldest native Croatian town on the Adriatic coast. Visit this anciant town, it's narrow stone streets, stone fortreses and cathedral of St. James built entirely from stone, which is under UNESCO protection...

Most interesting and most attractive daily excursions from Primošten! Visit National parks or UNESCO cities in this part of Dalmatia

What our guests say about us?

Hello Luka :)
We thank you for your help in spended our vacation in your villa in Primosten. I think that we will be back to you to Primosten because this is beautiful town. You are good host, and thank you for information about town and about attractions in Primosten. We recommend yor apartments. This was interesting holiday.

Dear Luka
I hope that u are very well. I would like say THANK U for fantasic time which we spent in Primposten and your Villa Maria, all was perfect - thank u very much - we will recomend your Villa and fantastic Primosten.